The fall of 1998 was a real turning point when I reached a cross roads and took my last drink of alcohol.

In 2005 my life hit rock bottom! After several years of bad habits and poor choices, I suddenly found myself in an ICU hospital bed near death after living with a toxic person,  owing five years of back taxes to the IRS and completely broke with no savings. My business bottomed out, leaving me almost $100,000 in consumer debt and eventually I ended up $130,000 in debt. I didn't have a clue how to clean up my messy life. I was mentally, physically and spiritually bankrupt and I didn't have anyone to bail me out.  After a lot of soul-searching, I realized I was the one that had created my mess and knew it was time for a major  change in my thinking, choices and behavior - believe me, I was willing to do whatever it took.     ​

I wanted the thrill of victory instead of the agony of defeat and I wanted comeback power!

I stopped blaming other people, my childhood and outside circumstances, then took massive action. I started reading and studying everything I could get my hands on about self-improvement, motivation and success. At first it was a daily struggle and my life didn't change overnight. Bit by bit, my life turned from despair to real hope. My transformation began with a change in my thinking and I became laser-focused, with different, consistent action on a daily basis.  Were there days I wanted to just give up? Of course. Was it easy? No! Was it worth it? Absolutely yes!  And I was willing to do whatever it took.

One thing I found out was, when your life is a mess, you can't wrap your mind around anything very complicated. You need a solution that is simple and gets real results that last.  I developed my own easy, practical techniques and simple systems that really worked when nothing else had before.  I used them to get myself out of the mess with my taxes, get my finances straightened out, pay off my debt and turn my life around. In 2008 I received a certification in conflict resolution which helped me to start resolving the conflicts I had in my own life. Because of how my life had turned around, I saw the value this could bring to others so I started my speaking and life coaching business. It felt so good to help my clients change their bad habits and self-defeating behavior - I had finally found my passion again.

Once again life was good until I crashed and burned, hitting rock bottom. I had gone for my dream at any cost including my health so I had to put my dream on hold and learn to take care of me. I was also able to overcome severe Adrenal fatigue, sugar addiction and stop allowing toxic people in my life. I stopped repeating the same patterns over and over and was able to turn my health around.

I learned through all of this that no matter how many times I was knocked down, a little part of me was still standing up on the inside. I  knew deep down inside that I didn't want to go through all my pain and struggle for nothing. I wanted to use my experiences to help other people who were going through the same kind of challenges.

My purpose is to inspire, help you become self-empowered and help you get back on track!

I would love to hear from you, 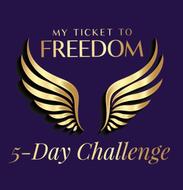 A little more about me.

My passion is helping people just like you transform their lives to breakthrough and take their lives to a new level of success. My core strengths come from my own personal real-life experiences, because at one time, I was just like so many of my clients. Believe me, I'm no stranger to tragedy, adversity and obstacles!

I grew up a poor little country girl from Ft. Worth, Texas.  In 1977 I met and married the man of my dreams, a former U.S. World and Olympic figure skater.  Shortly afterwards, we became international figure skating coaches and I had finally found my passion in life!

Life was great until May 5, 1986, when I came home and found my husband dead from a heart attack. I was devastated and it turned my world upside down. I spent the next several years on an emotional roller coaster, pulling myself up by my boot straps and eating my way into an extra 40 lbs. of oblivion. I spiraled downward into a complete mental breakdown - I was broken and a complete mess. Shortly afterwards I made the painful decision to give up coaching, the second love of my life.

At first I thought I could handle everything without any help, which turned out to be a disaster. So I decided, reluctantly,  that I needed to get professional counseling, that saved me. I was finally able to crawl out of the dark, depths of despair and start putting my life back together. Then I had to figure out what I wanted to do with the rest of my life. I knew deep down that I wanted to help people, so I became a massage therapist. Two years later, with only a few dollars to my name, my clothes and a car, I moved back to Texas where I started a private practice in massage therapy.